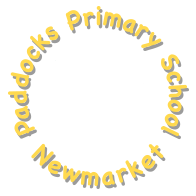 "Achieving Success by Learning Together"

Year 3 took a trip to the Braintree District Museum to learn all about World War 2.

We experienced a World War 2 classroom, practised our handwriting on a slate and learnt what it was like to be evacuated. We were taught how and when to put on a gasmask.

We took part in an evacuation role play which included being at home, leaving our family, travelling on the train and then being chosen (or not chosen) to live with a new family.

After lunch we handled some WW2 objects, such as a water pump and a gasmask case, and got the opportunity to try on some clothing including different army jackets.